Rich historical and visual research went into the making of our spring 2022 Amulets Collection, which draws on sacred rituals, artifacts and symbols found throughout the Indonesian archipelago. In concepting each style, our head designer was inspired by shapes and forms found in ethnic and traditional Indonesian adornments dating back to the 13th century. The collection brings a diversity of cultures, histories and geographies into contact with one another, led by a reverence for their spiritual significance and a belief in their universal power. 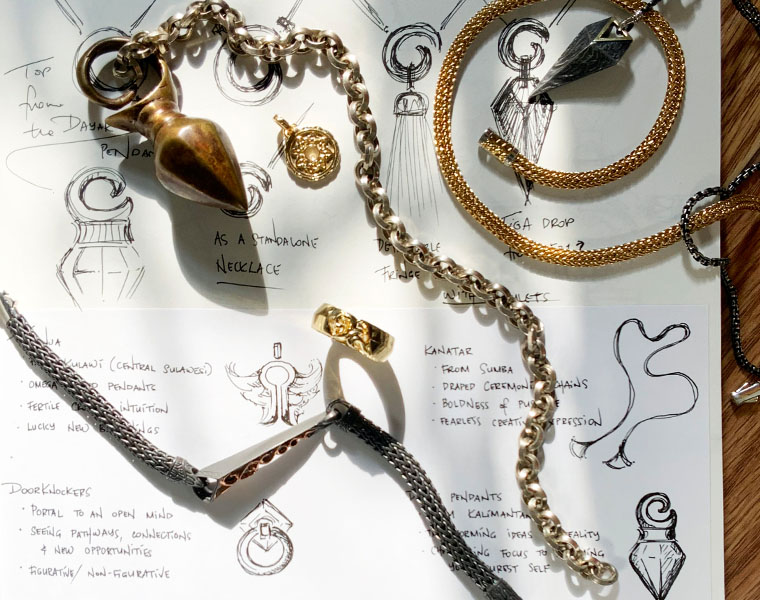 From South Sulawesi, Jimats are used as containers for protective inscriptions and magically potent objects. They are often filled with earth from the wearers’ birthplace.

Canag Sari are the intricate arrangements of plants, flowers and incense placed daily around Bali as offerings of gratitude for life’s blessings.

From 19th century Sumba, the womb-shaped Mamuli was a symbol of femininity, fertility and vitality.

The Padma — Sanskrit for “lotus” — grows in dark, muddy waters, but the flower that emerges is beautiful and pure. For this reason, it is regarded as a symbol of spiritual regeneration, rebirth and hope in Bali.

Worn by Dayak tribes in Kalimantan, the Dayak is traditionally worn as a weighted ear ornament symbolic of prestige and power.

In Bali, the full moon is said to embody Rwa Bhineda, or the harmonious coexistence of dark and light energy. It reminds us that darkness is fleeting, followed by renewal and light.

From Central Flores and found throughout the archipelago, the Dayak is a traditional double-axe shaped pendant believed to be powerful enough to cause natural disasters.

Originating in Java, the Keris is a ceremonial dagger believed to offer its wielder supernatural power and protection. It is often passed down generationally as a sanctified heirloom.

A mythical Balinese dragon symbolic of love, protection and prosperity, Naga is said to watch over the Balinese people by day and nourish the land by night with water from the sea.

A ceremonial symbol of prosperity and good fortune, featuring Balinese characters that represent the four corners of the compass.

Our Amulets nod to these powerful histories while also inviting you to inscribe your own new meanings and create your own new rituals — to build a collection that speaks to and serves your present moment, while manifesting your vision and intention for the future. 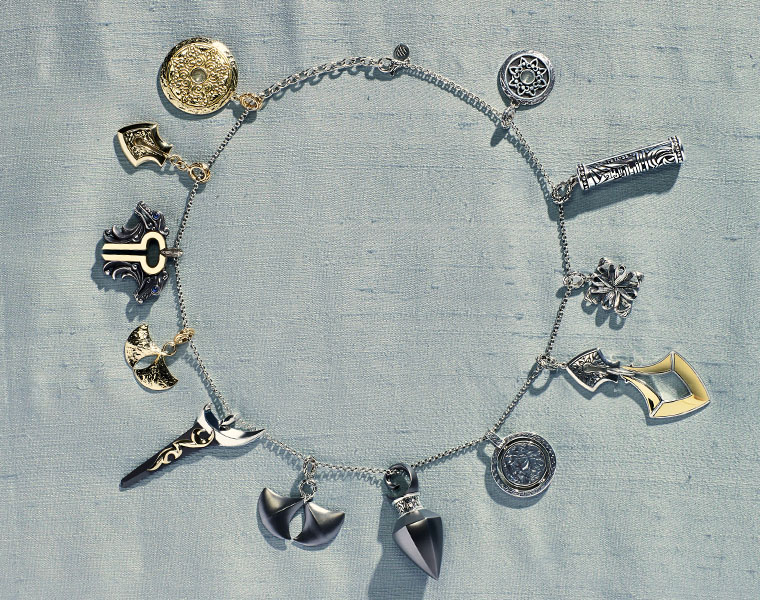